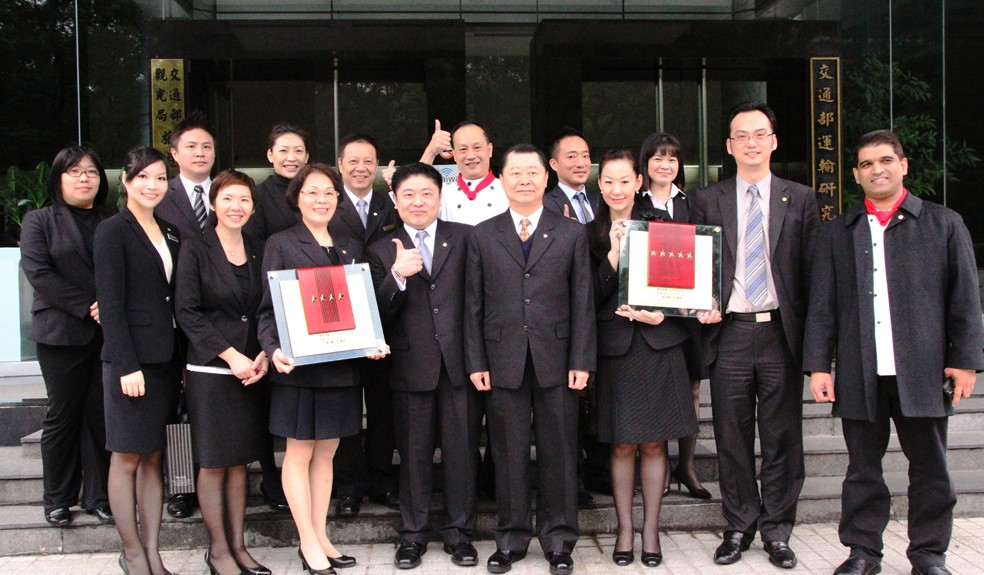 In order to raise domestic hotel service quality and attain international standards, the Tourism Bureau introduced the internationally recognized AAA evaluation system from the US in 2009 and commissioned the Taiwan Assessment and Evaluation System to conduct a two-stage 'building and facilities' and 'service quality' star rating evaluation of hotels. For the first stage, experts were invited to perform on-site evaluations and reviews. For the second stage, secret guests were used to rate amenities and services. Through this strict and professional evaluation process by the Tourism Bureau, two hotels in the Cosmos Hotel Group were awarded top five and four star ratings.

Located on the west side of Taipei City, the Taipei Garden Hotel was the second BOT tourist hotel in Taiwan. Since its opening in 2009, this award-winning hotel has seen occupancy rates rise to over 90% in its second year under the vigorous  leadership of Group Chairman Mau-Song Chang. Today, its occupancy rate ranks among the top three hotels in Taiwan. Strictly evaluated based upon 10 building & facility items and 13 service quality items, the hotel was awarded the top 5-star rating from the Tourism Bureau, becoming the first 5-star hotel operated by the Cosmos Hotel Group.

Since 1979, the Taipei Cosmos Hotel has established a hotel brand symbolizing hospitality and trustworthiness due to its sound and stable management, attentive service, great location and classic Eastern Chinese cuisine and achieved excellent business results over the past three decades.  In addition to having occupancy rates over 90 percent each year, the hotel has also received a string of awards this year including being named the Best Hotel to Shop up a Storm in Taiwan by international online reservation site Hotel Club, received excellent customer evaluations in 2012 at two prominent travel websites Tripadvisor and Adoga and presented with the 2012 Outstanding Tourism Industry award and a four star rating from Taiwan's Tourism Bureau.  The hotel staff is very excited about winning these awards and will continue to provide better-than-expected service quality in the future by abiding by our credo of  “cordial care and sincere attentiveness” in the hope that the hotel can make progress towards earning a 5-star rating.

“The evaluation certification is not just a formal acknowledgement, it also fosters a collective sense of honor and common purpose,” stated Cosmos Hotel Group CEO Mike Chang. In recent years, Cosmos has enjoyed steady growth and launched many innovations.  In February of this year, Cosmos expanded operations to the Taipei International Convention Center. Two years from now, the Ruei Suei Hot Springs Luxury Resort Hotel will open in Hualien. In the future, many more new hotels will be founded by the Group. While being honored to receive this recognition today,  it is hoped that the all the staff at the Group's  star-rated hotels will continue the original mission of the Taipei Cosmos Hotel to sincerely offer remarkable and touching service to our customers. 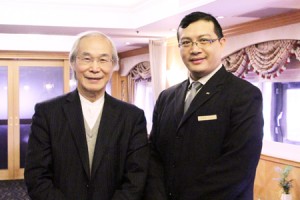 Nov 21, 2012, World Famous Conductor Bian Zushan Stays at Cosmos Hotel Taipei
Bian Zushan was the first graduate of the Department of Conducting at the Shanghai Conservatory of Music and the...
« Back to News
Book Now
- Best Rate Guarantee -
Arrival Departure